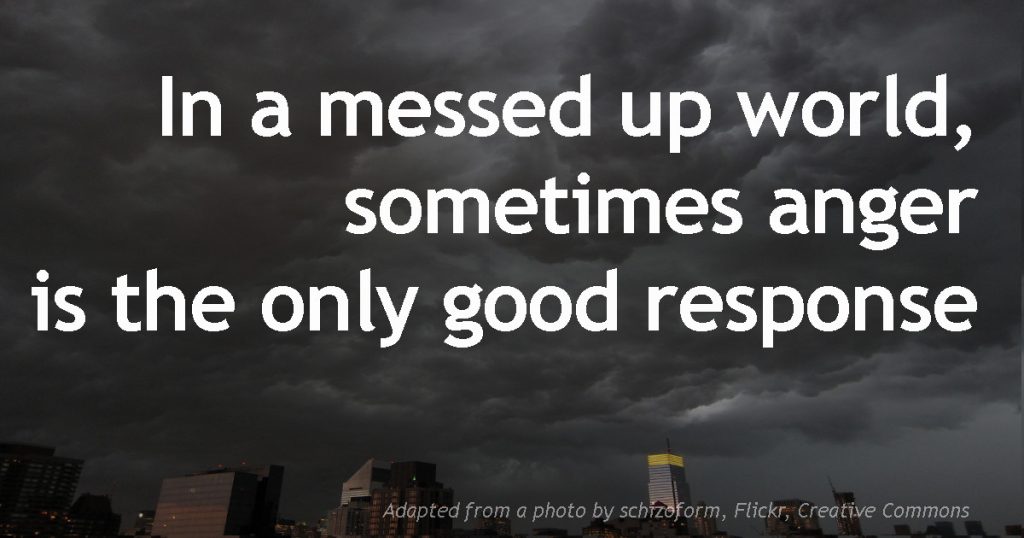 The wrath of God is misunderstood, maligned, and used to justify all kinds of attitudes and behaviors that are, well—wrong.

So let’s start with a blank slate.

If you had a child who was being terrorized by a neighborhood bully, would you be upset? I would be. If your child was tricked into doing something that put him in danger, would that bother you? It would bother me. If your little child was molested by someone, would you be angry? I would be.

Emotionally healthy parents are protective of their children. And they should be.

If you’re scratching your head, let me suggest you reread Romans 1—the classic passage on the wrath of God. Notice where God’s anger is directed—not at people, but at the unrighteousness and injustice that ruins our lives.

By the way, I’m happy—please don’t quote me out of context on this—that God is angry. There’s a lot of crap that goes on in this world, and I’m glad God cares enough to be angry about it. Little children are abused, neglected and worse. Innocent people are kidnapped, tortured, denied their rights. People are victimized by racism and injustices of every kind. I hope and believe that Someone cares enough to be angry, and will put a stop to it.

God is good, and in my view His anger is an essential element of that goodness.

I want to explore another aspect of this next time, then we’ll wrap up with the four things we need to know about God.

Bible trivia:
Answer from last time: Cain, Abel, Seth
New question: Jesus raised at least three people from the dead in the New Testament. What is the name of one of them?