God will find a way 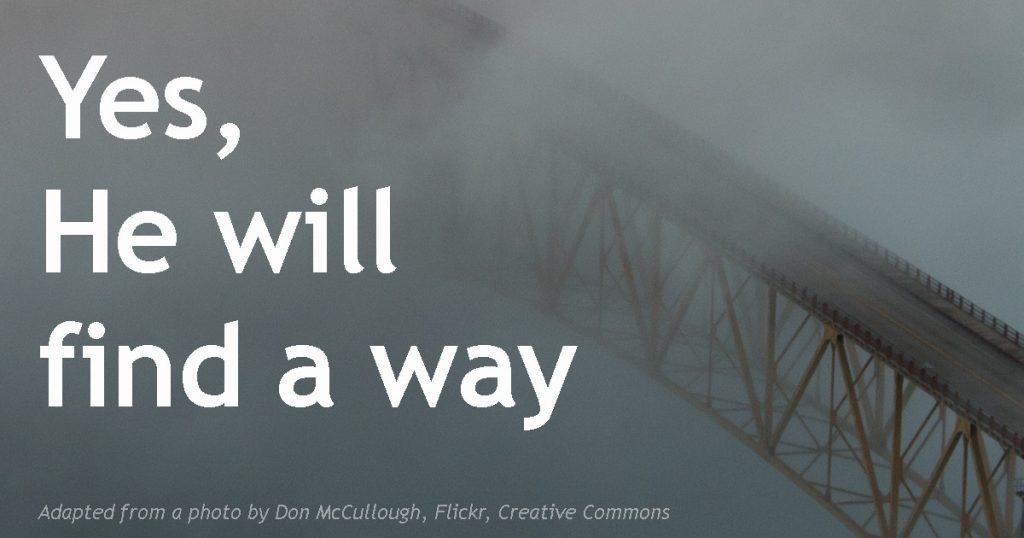 In Matthew 1:22 we read, “All this happened to fulfill what God had predicted through the prophet.”

Think about it! How many are trying to disrupt the plans and purposes of God? Satan and all his fallen angels, and, with them, billions of disgruntled and deceived people. Yet, here we are, in the middle of Roman oppression, of sometimes corrupt religion, of weak and miserably misinformed people, but God is going merrily along with His plans as though there was no opposition at all.

Only God can do this. He announces what He’s going to do and gives the whole universe a fair chance to fight it if that is what is wished. Then without violating anybody’s will, He just shows up and does exactly what He said He was going to do all along.

This gives me hope. I have plenty of impossible conundrums in my life, but I also have a God who waltzes through them with ease. He’s going to do exactly what He said He would do. Yes, it is impossible. And yes, He will find a way.

Bible trivia:
Answer from last time: The Apostle John spoke with Jesus on the Island of Patmos.
New question: What mistake did the seven sons of Sceva make?