How to hear the voice of God—part two 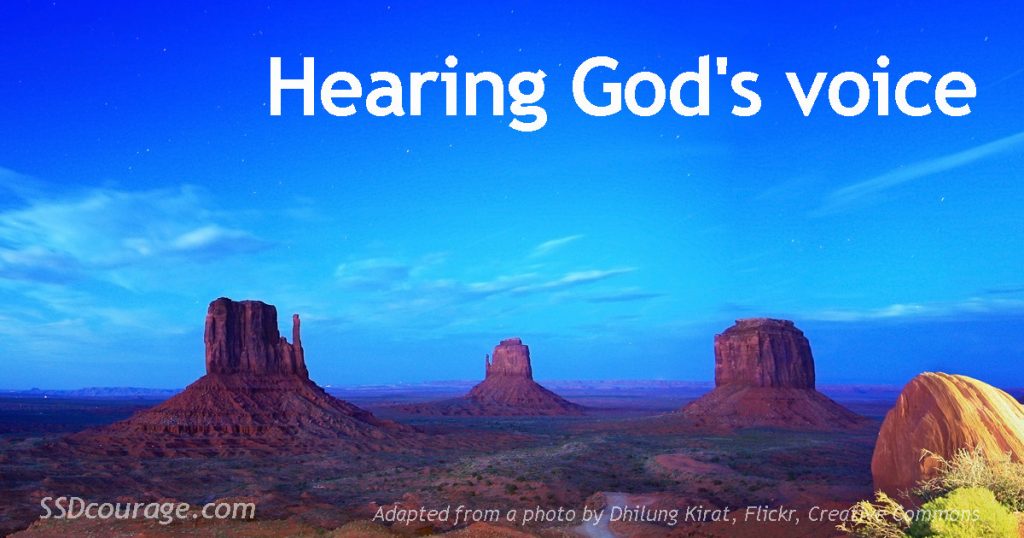 The ability to carry on a conversation with God is the birthright of any child of God. Prayer was never meant to be a monologue that ends with “In Jesus’ name, Amen.” Rather it is an ongoing dialogue between you and God, filled with laughter at times, tears at times, chit chat at times, serious business sometimes, jokes at other times.

But suppose you don’t experience this kind of give and take, this kind of ongoing conversation with God in your life. Does that mean that you are somehow a second class citizen, that there’s something wrong with you?

Not at all. For many years I didn’t hear from God, and I was clueless as to how to go about learning this process. This isn’t something that is regularly taught in most churches, so let me share some things with you that I’ve found helpful.

Is it foolproof? No. You might think you’re hearing from God when you’re not, though I’ll give you some suggestions that will help you validate what you get when you ask God a question. If there’s ever a conflict between what you think you’re hearing from God and what God clearly says in the Bible, go with the Bible every time. God isn’t going to tell you to steal or commit adultery or engage in other behaviors that are contrary to what He has revealed in the Bible.

This post is adapted from content found in my book Spiritual Self Defense. More info here:
http://dwightclough.com/books2/dwight-clough-books/spiritual-self-defense/

Bible trivia:
Answer from last time: Keturah was the mother of Abraham’s other children.
New question: According to Zechariah, what is the exact location where the Lord will return to earth?