God wants to renew your mind 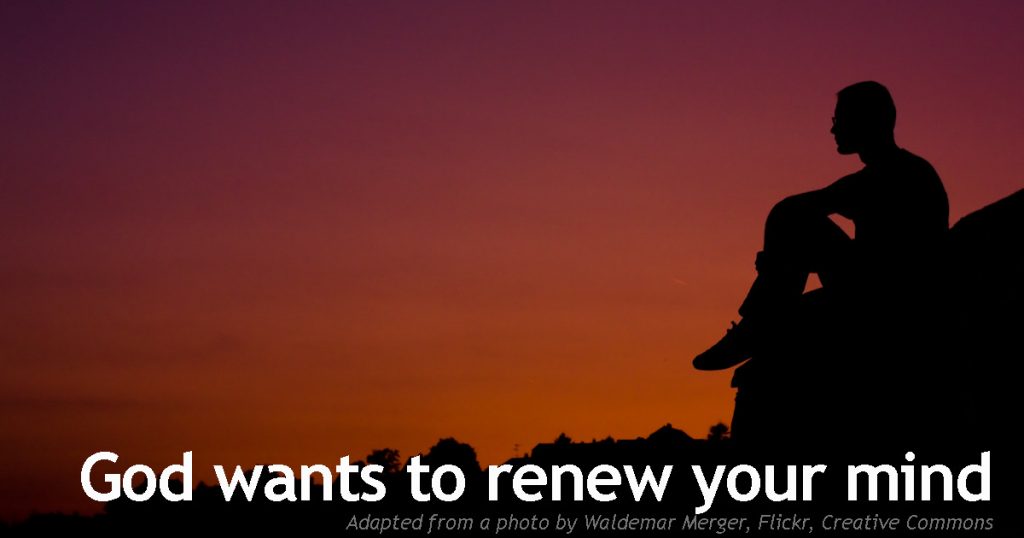 In short, God wants to give you His perspective.

One of the most powerful examples of this is found in the story of David and Goliath. Most people think that this story is about the slaying of a giant. Not really. Instead, it’s about the power of perspective.

For thirty days this super soldier (Goliath) walks out and challenges anyone from the Israeli army to take him on in single combat.

And every day the response is the same: terror. These Israeli soldiers were no dummies. They knew a losing deal when they saw one. No way could any of them prevail against this guy. Put their ten best soldiers against him, and they might have a chance. Maybe. One person against Goliath? Anybody dumb enough to take on Goliath would be squashed like a bug.

Along comes David. Is he stronger than the other Israeli soldiers? No. Is he bigger? No. Is he more experienced? No. Does he have better battle skills? No.

In fact, David only has one thing that the other Israeli soldiers lacked: God’s perspective.

David is like: “Who is this punk that he would defy the armies of the living God?”

I know there are Goliaths in your life. There are battles you can’t win, problems way too big for you to solve. From where you stand, it’s hopeless.

For you, God offers a priceless gift: His perspective. All you gotta do is ask.

Four things you need to know about God:
1. God likes you.
2. Jesus hurts when you hurt.
3. God is angry at the things that are trying to destroy you.
4. God fixes things; we get to help.

Bible trivia:
Answer from last time: The people of Jabesh Gilead risked their lives to recover the body of King Saul because Saul had previously rescued them from the Ammonites.
New question: What, according to Paul, is the “more excellent way”?