The journey to Bethlehem 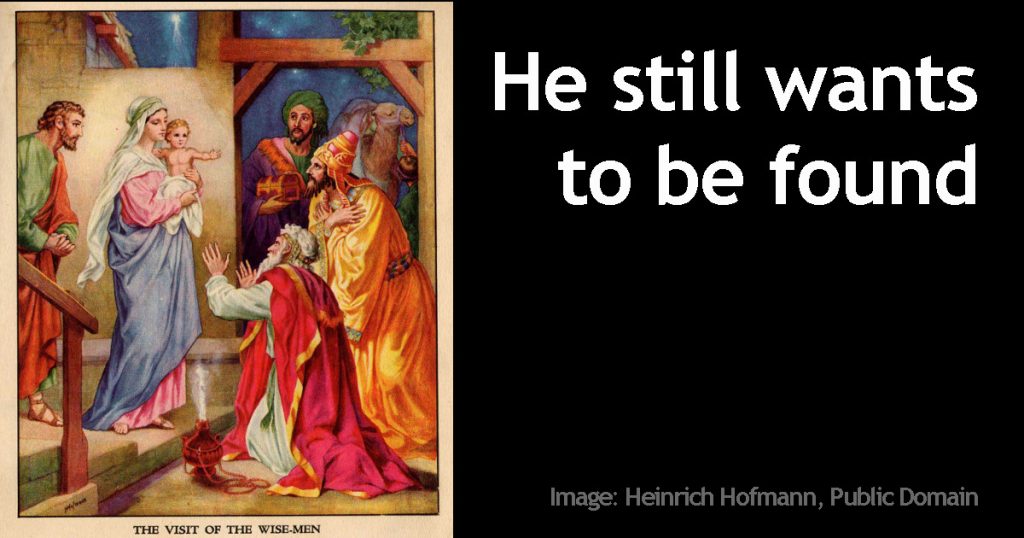 After Jesus was born in Bethlehem, scholars from the East arrived in Jerusalem asking around town, “Where’s the recently born king of the Jews? We followed His star and we’re here to worship Him.” Matthew 2:1-2

Why is it that some can recognize the presence of Christ, while others miss it entirely?

There was a star. Surely other people saw it. Yet no one else followed the star so far as we know. Why?

These kings or astrologers or whatever they were arrived at city that was clueless. The greatest events of history were happening in nearby Bethlehem, but nobody seemed to know anything about it. It took someone from the outside to point it out.

I don’t know the answers to most of these questions. I’m not sure God provides answers to them.

Bible trivia:
Answer from last time: Although the traditional answer is three, the Bible does not say how many Magi or Wise Men came to visit the child Jesus.
New question: How soon after the shepherds visited baby Jesus did the Magi (Wise Men) visit?